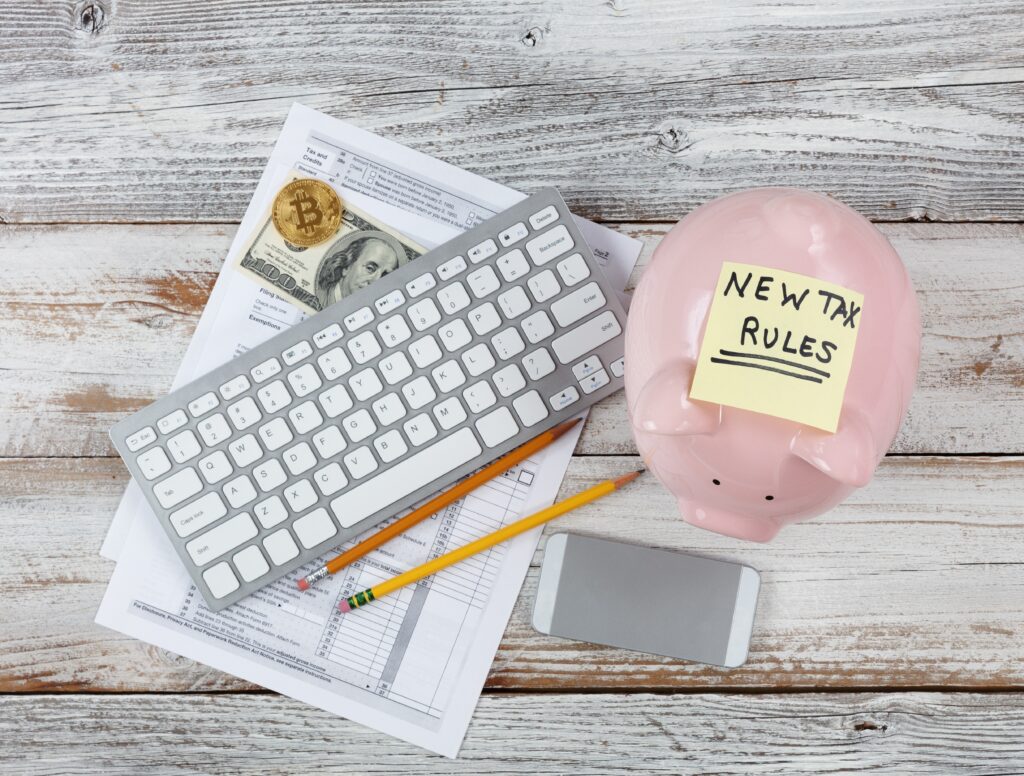 Since the Tax Cuts and Jobs Act (TCJA) was introduced and signed into law under the presidency of Donald Trump in 2017, minimal further changes have been made to the tax code.

The main features of the TCJA were expanded compliance obligations for US controlled businesses operating overseas (controlled foreign corporations), alongside certain tax credits becoming greater, and the top income tax rate being reduced from 39.6% to 37%.

Whilst the IRS first regulations on the tax treatment of cryptocurrencies were introduced in 20141, few changes on their treatment were made after this.

Given the almost polar opposite political approach of current US president Joe Biden, it could have been expected that significant changes would be made.

5 Key Areas which are likely to change

Cryptocurrency As It Stands

Currently, when compared to other parts of the American financial system, cryptocurrencies are highly unregulated and also quite hidden from the tax system. Most US expats are more than familiar with the extensive and overarching FATCA legislation, which requires foreign banks to report the accounts and balances of their US citizen customers. None of this exists for cryptocurrencies.

Currently, a US citizen holder of cryptocurrencies requires only minimal reporting, which occurs when a cryptocurrency is sold, and then converted to “real currency”, be it USD or any other tradable currency. At this point, capital gain or loss is calculated based on the original purchase price of the cryptocurrency (in real currency), and its selling price. This is reported on Schedule D of a US tax return. Unrealised gains are not reported annually, as they are for other forms of investment.

It is possible, but also debatable whether cryptocurrencies should be reported on the FBAR (Form FinCEN 114). The FBAR is an abbreviation of Foreign Bank Account Reporting, and is also known as the Report of Foreign Bank Accounts. The FBAR has existed in with other names for more than two decades, however its reach was significantly extended as part of the FATCA legislation.

With non-US banks and financial institutions reporting the accounts and balances of US citizens to the Department of the Treasury, in addition US citizens are also required to report the same information to the Treasury using the FBAR form. This is administered as part of the Financial Crimes Enforcement unit of the Treasury, and the purported existence of the form is to combat money laundering. Its true role however has become more associated with tax.

The issue with regards to cryptocurrencies and the FBAR are twofold:

As a result of these issues, cryptocurrencies have largely stayed out of the otherwise all encompassing IRS and FinCEN net.

What is likely to change?

Firstly, the most noticeable change proposed is to do with reporting. Whilst at the moment individuals (and criminal groups) can trade and exchange cryptocurrencies with little regard to the authorities, this would be the case no longer.

At this stage only the reporting of transactions has been proposed, but it would be wise to consider this as a first move to more closely regulate and monitor the currently cloaked economy involving cryptocurrency.

Whilst this may seem like only a minor change, it is a seismic move for those who chose to transact in cryptocurrencies for its private nature. One of the key aspects around the development of cryptocurrencies was the privacy it enabled, which simply didn’t exist for online transactions. Previously not a concern when most transactions were made in cash and therefore out of view of the authorities, cryptocurrencies brought the anonymity of a cash transaction into the digital age.

Watch this space, as reporting is likely just the beginning of major changes to bring cryptocurrency transactions into the transparent age of online transacting.