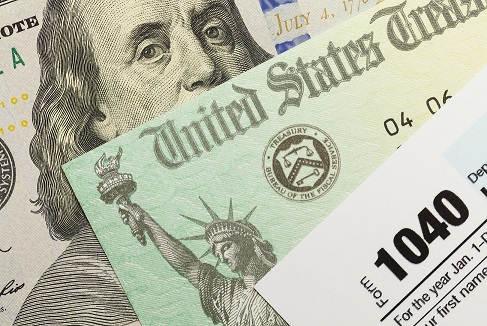 News of the staffing crisis at the IRS is likely not a surprise to many, with processing and refund delays seemingly becoming worse year on year. Many of our New Zealand and Australian based clients are currently waiting up to 6 months for their returns to be processed, and unfortunately this isn’t going to get better any time soon.

According to data released by the (also under strain) Taxpayer Advocate Service, at this point of the 2021 tax filing season, 135.8 million returns had been processed by the IRS, which is a 9.7m drop from the 145.5 million the previous year.

The IRS has cited review of the economic stimulus payments, along with review of certain credits as cause for the delay.

As of 20th August, more than 10m tax returns are yet to be processed.

For many who’ve needed to call the IRS, it would have no doubt been noted that the wait times are regularly over one hour, and in most cases the call is terminated by the IRS before getting through to an agent. The Taxpayer Advocate Service reported that more than 167 million calls were made to the IRS during the 2021 filing season, whilst only 7% of taxpayers reached an agent

As a result of the exceptionally slow processing by the IRS this year, refunds have also taken a hit, with timeframes for payment extending far beyond the 4-week estimates provided by the IRS.

According to the Taxpayer Advocate Service, use of the IRS “Where’s My Refund” tool peaked at 483 million users in May 2021. For those who’ve tried to use it during 2021, most will note that it does not provide a useful timeframe for the refund to be paid.

Unfortunately, the issues seen above have been building for some time. Since 2010, IRS funding has been cut by 19%, despite being required to work with an ever-larger international tax base due to FATCA (Foreign Account Tax Compliance Act) legislation.

According to the Center of Budget and Policy Priorities, the IRS had lost at least 33,378 agents between 2010 and 2020. Hiring has recently improved these numbers, but as with any industry, it will take time to see a tangible difference to processing times.

On the reverse side of the IRS, the semi-automated process of penalty issuance to late filers has not at all slowed down, but rather gone into overdrive. Record volumes of penalties have been issued to taxpayers, in most cases for late filing of Form 3520 & 3520-A, which relate to foreign trusts (including Australian Superannuation and Kiwisaver).

This system of issuing penalties, but not having the staff to deal with questions is causing a huge amount of angst for Australia and New Zealand based US citizens. It would appear that the IRS has kept sufficient funding to the departments issuing penalties, but withheld funding from the departments capable of having penalties waived. Currently, processing time for penalty remission (only by mail) is approximately 18 months.

Whilst not necessarily reliable, and we cannot confirm it as fact, I was personally advised by an IRS agent (Ogden Service Centre, UT) that 4 truck trailers had been parked outside the building as extra storage for incoming mail which is yet to be opened.

Current President Joe Biden called for $80b in IRS funding over the next decade to combat tax evasion, but this was eventually reduced to $40b due to Republican challenges. It is not yet known exactly what type of staff would be hired with this funding, but we can only hope some backlog may be reduced.

Unfortunately, this problem is likely to continue for at least the next 2-3 years. So, if you’re waiting for your refund, IRS processing, or penalty remission, hang tight.

As always, US Global Tax are here to help with any questions or tax filing assistance.